I began professional life as a lawyer, representing people accused of violent crimes, most having failed to graduate high school, if they made it there at all. I realized that while a lack of education accounted for a great deal of crime, the more dangerous affliction was a failure to reflect before acting.

After 13 years, I became an educator. I started in middle school. I constructed debates on history, legal and social issues, on weighing the potential harm of perceived ills and their perceived remedies. The sorts of subjects that forced reflection and self-awareness.

I told my eighth graders that lawyers never make decisions without reflecting on what’s likely to happen and what might happen. Lawyers had to know the law and they had to figure out how to apply it, sometimes while encountering unanticipated circumstances. I assigned these eighth graders to argue the side of the debate with which they vehemently disagreed. They had to stretch their perspective, I told them. See this issue from someone else’s perspective to reconsider their own position. They might not change their mind but they would understand the issue and themselves better…

Doctors and lawyers need to reflect in making decisions based upon the evidence. Rarely does anyone hand us all the evidence we need. We must look for it – an investigatory process that demands attention to detail and objective, self-awareness of knowledge, skill and bias, and reflection in planning and doing.

Teaching while practicing medicine is one of the more challenging tasks I encounter as the director of instructional development. I have heard some physicians say they do not have time to incorporate reflection into busy clinical schedules. But I’ve witnessed physicians often succeed in engaging students in reflective learning – with little time or no planning.

One night an ambulance called the ER and said they were bringing a woman in with “possible sepsis”.

A resident responded and began to set up the room. Another resident, with a medical student in tow, followed. She asked if her medical student could shadow the colleague. She explained her student was required to participate in an encounter that might lead to intensive care. This was the student’s final shift in her sub-internship. The colleague agreed.

2 and a half minutes.

The resident teacher wasn’t bothered by time. She asked the student: tell me what you know about the criteria for determining sepsis? When the student recalled two of the SERS criteria, the resident filled in the third.

The colleague steps over to say the patient is 72, with a history of diabetes and hypertension, then returns to set-up. The teaching resident asks the student: How will you apply SERS to a patient with this history? The student offers ideas and the resident encourages her to follow through during her observation.

The gurney breaches the entrance and heads into the room.

The resident says, when you’re done, come back and tell me what happened, what you think might be going on and why. We’ll talk about next steps; then I want you to present to my colleague.

In 3 minutes, the resident encouraged the student to reflect on what she knew, what she needed to know, how to apply knowledge to this patient, and to what to anticipate in the debriefing.

A good doctor, like a good lawyer, reflects on what they did, how they did it, and how they can do it better. 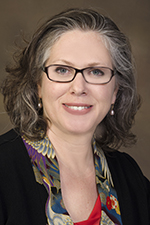 Karen Spear-Ellinwood, PhD, JD, is Assistant Professor, Obstetrics and Gynecology, and Director of Faculty Instructional Development at the University of Arizona College of Medicine